The last time I posted something in this blog was a pretty long time ago, three months and one week to be more precise. This long break was mostly caused by me going skiing every weekend until the week after spring break, the ninth of March. During that time I got up at 6:30 am on schooldays and at 5:30 am on the weekends, coming home from skiing completely tired and unable to catch up that missing sleep so well. That is why I never really got to writing another post, and of course I can’t deny that I am a tiny, little bit lazy.

But anyways, here we have another blog post, why don’t I just talk a little about what has happened over the last months:

As I said, I was skiing all weekend for most of the time which was a lot of fun for me but there is not a lot to talk about. I got up every Saturday and Sunday at 5:30 am, I put on my skiing clothes and went upstairs. Gordon would already be up and in the kitchen, making me toast with fried eggs and bacon, as well as some coffee. After enjoying that breakfast, I would go downstairs again, brush my teeth and take my skis and poles, as well as my helmet, the GoPro and my gloves upstairs and in the car. Around 7:30 am Gordon would drive me to the mall where I woudl catch the ski bus to Silverstar. Up there, I would go into the “town hall” and close my ski boots, put on my helmet and basically get ready for hitting the slopes, most of the time with a group of mexicans or Chris or Björn, two Germans I met here. I would have a fairly early lunch around noon being very hungry from all the skiing over the last three hours, Then, there would be another 3 hours of skiing until the slopes were closed at some point between 3:00 and 3:30 pm. The ski bus would pick everbody up around 4:00 pm, bringing us to the mall from where Gordon would take me home again where I would arrive around 5 pm, super tired and ready for bed.

During that time I took a whole lot of pictures and recorded quite a few videos which you can see here if you are interested.

A little earlier this year, two weeks after Christmas break was over, the second semester of this school year started and I had four new classes: PE, Woodworks, Physics and Math. Math is very easy, we are mostly doing things I have done in Germany a few years ago, at some point between grade 7 and 9, so it is no surprise I am at 98% at the moment. Physics (grade 11) is pretty similar, it is mostly topics I had in physics class back in Germany last year, in grade 9. Anyways, it is very interesting as we are doing much more labs than in Germany, everything is explained much easier and in a way I am sure it would make much more sense to students who don’t know anything about the new topic yet than the way physics is teached in Germany. In physics class here I started understanding much more connections between different topics and formulas we learned in Germany without any background and having that connections makes solving all kind of problems much easier.

But let’s get to the more interesting classes, PE and Woodworks. In PE we are playing a lot of sports I have never played before and some I didn’t even know before PE class, Lacrosse for example. First, we did weights and minor games, then we played soccer and rugby, which was really interesting and fun. Then we played lacrosse, the national sport of Canada which I have never heard of before, and football and finally we played softball and volleyball. I basically like all of the games I haven’t played before, which are football, rugby, lacrosse and softball. They are all interesting and a lot of fun but I don’t want to go into too much deail here.

Woodworks is probably my favorite class of all six I’ve had here in Canada (English, Art, Math, PE, Physics, Woodworks). It basically consists of working on different projects you are building out of wood. My first project was a picture frame which took quite some time, because I had to learn all the basics, tools, etc. since I have never done anything like carpentry before. Afterwards I worked on a folding stool which I actually finished at the end of the last class for this year. I love working on something more practical at school that does not or at least just very slightly involve sitting in a class room, learning formulas by heart and writing tests. 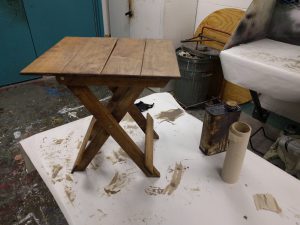 Right now, there are 5 more days left for me in Vernon, school is already over and the first international students are already leaving. However, I am seeing most of my close friends again before I leave to finally say goodbye. Although I know I will see all of them again, it will still be very hard to talk to them, see them and hug them a last time for months, probably even years.

After this pretty sad part, I would like to tell you that my parents, sister, grandmother, granaunt and I am going on vacation for four weeks this summer. We are going to travel around British Columbia and Alberta in an RV, visiting places like Banff, Lake Louise, Jasper, Victoria and Vancouver. But for you probably the best part is that we are going to write a blog again, my parents probably in German, but I will try to write a few English posts once in a while. I would really appreciate if you checked it out: reckhard.de/canada2017/

Finally I want to say thank you to Maddy (sorry for probably spelling it wrong) for helping me make my first friends here, Kate, Cam, Reece, Stéphane, Ryan, Emily, Allison and Julia for being my first friends here and Vazquez, Navarro, Gabo, de Alba, Emilio, Andrea C., Regina, Gomez, Ayon, Karrissa, Emily, Kennedy, Jacinda, Emily and everybody I met over the last months for makng my time here unforgettable.

And special thanks to Esteban and Andrea B. for being such good friends and always talking English to me surrounded by all the other Mexicans mentioned above, Kris and Ben for being so good friends the last months and of course Milo, my brother from another mother! 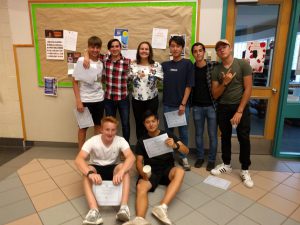 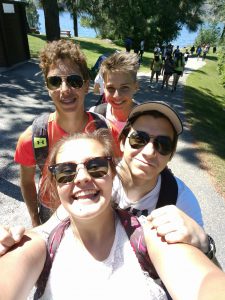 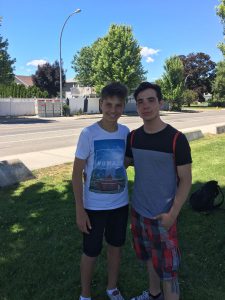 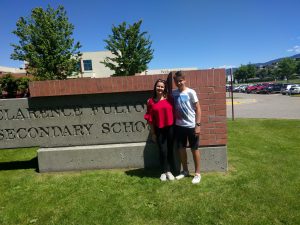 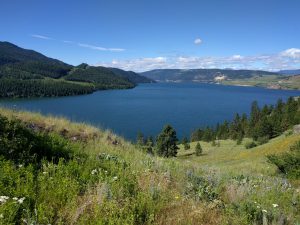 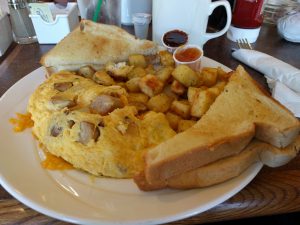 7 thoughts on “Counting the days.”